skip to main | skip to sidebar

Being nominated for a D&AD award was one of the craziest experiences I have ever been through. One of the most exciting things about the whole saga was actually checking out the competition. It was really interesting to see the different concepts people adopted to deal with the same brief.

I, along with another nominee was awarded a Commendation, there was no second prize, and the first prize was awarded to a well-deserved Sophie Towler from The University College Falmouth. When I first saw the other nominees, Sophie’s work stood out, playing on the popular notion that ‘sex sells’. Below are a few photos I took on my phone of her work. 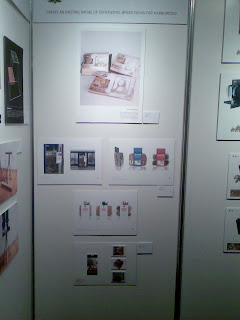 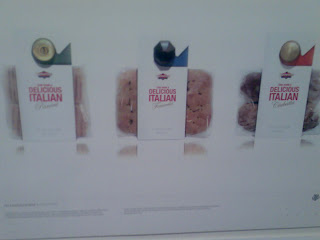 Playing on the idea that Warburtons were selling a “delicious Italian” the copy fully supported this cheeky concept, with each of the breads having its own saucy line on the back, like “I want you to rub oil on me”, or “I want you to nibble me all over”. This was a fantastically well thought out piece of work, with each element fully supporting and complimenting the strong concept. Where I think my work and Andy’s (the other nominee) may have lacked was the direct appeal to the target market which was women in their 30’s. Both our designs were sophisticated and perhaps more ‘visually interesting’ with the use of photography, but both had a more all round appeal whereas Sophie’s encompassed the specific market so well. According to the D&AD website, first prize winners is awarded “the one outstanding entry; Bang on brief, brilliantly crafted or executed and with that 'I wish I'd done that!' appeal” and Sophie’s work certainly oozed in humour, simplicity and that all important ability to put a smile on someone’s face – basically, a designers dream.

Just on a small note, after looking at other nominees, and especially in my own category, I know I have said it before but the quality of execution was amazing. The other two students had produced real mock ups, something you can go straight into Tesco’s and pick up off a shelf, whereas for my mock ups, I had simply wrapped sheets over pre-made bread packaging, through pure naivety perhaps, thinking this would stand up next to the quality of the other entrants. Sophie had even pushed the brief further, something I noticed with a lot of other entrants, and produced more work in an extension of their brief, in her case she all produced a small ad campaign that could be used in line with her ‘delicious Italian’ concept, which just goes to show that doing extra could potentially be the difference between second prize and first, or an award or no award at all. I guess these are all lessons that you learn with experience, as I now know that I need to pick my game up as I have seen the other competition out there, and its tough.
Posted by giorgio at 03:20